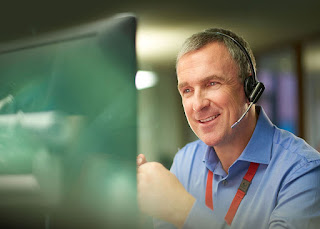 Northwick Associates in the UK have launched a brand new international, remote repair service for fitness machines which enables you to liaise with one of their expert Engineers who will guide you through how to complete a repair yourself.

This is especially useful if you do not have a local service provider or if you want to save some money by undertaking a repair yourself.

The remote sessions do not take place "live" (although you do liaise with a real, live Engineer!) and so you are not under any pressure to complete the repairs immediately. This gives you plenty of time to prepare, ask questions and work at your own rate at a time that suits you.

Northwick already run a professional training course for wannabe gym equipment service technicians and so they have the experience and knowledge to branch out into the field of remote diagnostics and repairs.

The service costs USD50 per problem for unlimited support for up to 2 weeks which should be plenty of time for you to do what you need to do.

Remote Engineer is suitable for both commercial gym operators and domestic, home users.

Posted by The Treadmill Engineer at 13:10 No comments:

How to lubricate a treadmill running belt

Posted by The Treadmill Engineer at 11:15 No comments:

How to adjust your treadmill running belt

Posted by The Treadmill Engineer at 11:15 No comments:

Posted by The Treadmill Engineer at 11:14 No comments:

How to fix a squeaking / creaking treadmill

Posted by The Treadmill Engineer at 11:14 No comments:

How to reset (re-calibrate) your treadmill

Posted by The Treadmill Engineer at 11:13 No comments:

Autumn and winter is always our busiest time of year for repairs and maintenance as the increased usage and colder weather are both contributory factors to equipment failure. Therefore it is worth spending a few moments to check over your machine to make sure it is set up and lubricated correctly – a little TLC goes a long way to preventing breakdowns!

With this in mind, I have recently finished filming a series of short DIY maintenance movies to show you what to do. The movies cover all essential maintenance and how to fix common problems - you can reach the movies via the YouTube link below. In one of the movies I show you how to lubricate your machine to prevent overloading and in another I show you how to fix irritating squeaks, rattles and vibrations; I think that if your machine sounds and feels right then it follows that it should be running right as well!

Here is the link to the movies: https://www.youtube.com/playlist?list=PLXHEoPxMPM95vWgAOpHEres1DfFahRqM_

(It’s worth saying that if you are at all concerned about clicking through on this link then you can also access the movies via our website – just google search “Northwick Gym Repairs”).

And, if you find the movies helpful then stay up-to-date by clicking the big red “subscribe” button in the top right hand corner of our YouTube channel. 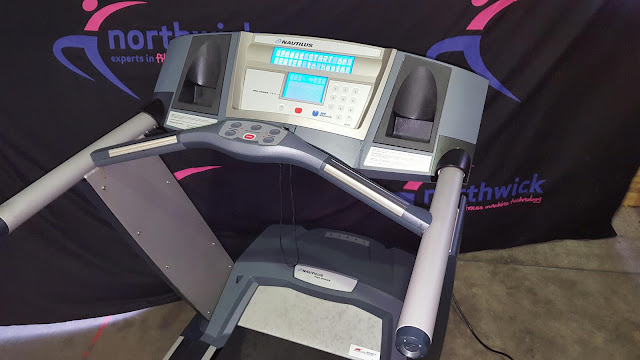 Posted by The Treadmill Engineer at 19:11 No comments:

Symptom of faulty optical speed sensor
Motor runs erratically.
Running belt speeds up/down and has trouble holding a steady speed (irrespective of whether there is a person on the machine).
Motor cuts out after a while.
Motor runs momentarily but then cuts out almost straight away.

System Operation
The system uses a magnetic speed sensor to monitor the running belt speed and allows the console display (kph/mph) to be re-calibrated accurately between different models. This allows the same electronics to be shared among multiple treadmills which saves costs.
However, the magnetic sensor is relatively slow to respond which can lead to speed fluctuations (a perceptible lag while the system makes automatic adjustments to maintain a set speed). This is also why an E1 speed sensor error usually takes up to 10 seconds to appear.
The optical sensor works much faster. It allows the system to respond very quickly to speed fluctuations so as to provide a very steady belt speed. Also, it allows the system to detect a problem far sooner than the magnetic sensor and hence shut down the system rapidly in the event of a problem.
Therefore, by using the two speed sensors, the manufacturer can share electronics between different models whilst also providing a very responsive control system.

Operation of the Optical Speed Sensor
The optical speed sensor is an electronic device consisting of an in-built LED and sensor. Light passes from the LED lens to a receiver which is mounted directly opposite. When the light beam is interrupted a signal is passed to the MCB (the sensor generates an electrical on/off signal to indicate speed). The light beam is interrupted by use of a castellated round disk mounted on the rear of the motor which passes between the light beam of the sensor which blocks or allows light to pass as it rotates.
The optical speed sensor itself has no moving parts and is inherently reliable.

Common Problems and Fixes:
Dust on Lens
By far the most common problem on treadmills is dust and dirt on the lens or receiver of the LED. This blocks the light beam and causes the sensor to give an inconsistent output or no output at all. This can be resolved by cleaning the lens with an air blast or removing the dust with a small, clean paint brush.

Wires & Connections
Optical sensors can have 3, 4 or 5 signals wires depending on the configuration. These small wires can be trapped or snagged under screws and can easily become disconnected. Check connection and wire continuity using an multimeter. Repair and damaged wires or replace device. (Wiring and pinouts vary and cannot be easily tested using a multimeter without knowing the circuit)

Physical damage
Usually a thin metal castellated disk mounted to the motor shaft is used to interrupt the light beam of the sensor. This disk is prone to being bent or damage and can rub or scuff the side of the plastic enclosure of the LED or the circuit board. This can sometimes create debris which can block the light beam or in extreme cases cause complete failure of the sensor. Clean the lens and remove any plastic debris and re-try otherwise replace the device.

Posted by The Treadmill Engineer at 08:16 No comments:

A Technical Paper Courtesy of Partsfortreadmills.com

**ALWAYS SWITCH OFF THE POWER BEFORE INVESTIGATING PROBLEMS**

After you determine which of these scenarios is occurring, please follow the instructions below to correct the problem.

If the E1 error code shows immediately it is likely a wiring connection problem. Check the connector at the back of the display, in the handlebars and at the bottom of the right side support post. Make sure that the connectors are turned the right way, that none of the pins are bent and that they are firmly pressed together. If this does not sole the problem you have a problem with a wiring harness. Check to see if the harness was damaged during assembly by visibly inspecting the harness where the handlebars and the support post are connected during assembly and where the support post is inserted into the base. If there are signs of damage, you can isolate the mid-section of wiring harness and test to see if this is the problem through removing the display from the handlebars and attaching it directly to the end of the wiring harness coming out of the right side of the base. If the display now works properly, replace the damaged wiring harness.

If this does not resolve the problem, remove the bottom hood cover and replace the wiring harness from the controller board to the base.

If the E1 error occurs after the belt starts to move for several seconds, the error code means that the system is not picking up the speed of the motor. This pickup comes from a magnet mounted on the front roller pulley and a speed sensor, or a problem with the magnet. To resolve this problem, follow these steps:

C.      Replace the magnet sensor by following the instruction found in this manual.

If the E1 error after the display count the workout time for 6 seconds but the belt never begins, the error code means that the DC Motor or circuit board  is likely defective and needs to be replaced. Although unlikely, the problem could also be associated with a defective Transformer.

In this case you should seek expert assistance (refer to www.northwick.eu to arrange a site visit or to locate your nearest service provider)

Posted by The Treadmill Engineer at 20:01 No comments:

Buy with confidence from my new online store!

Posted by The Treadmill Engineer at 22:21 No comments: